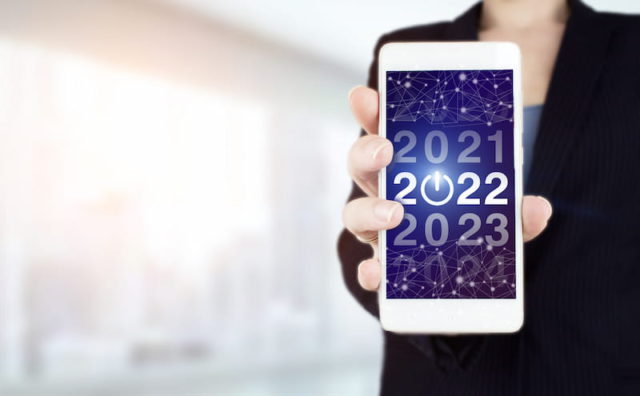 2022 has been another momentous year for smartphones. As always, the two leading manufacturers, Apple, and Samsung, have brought us a range of devices offering excellent features and sleek designs. However, Samsung certainly stands out with the many, many devices they have brought out this year.

This year has been the best for receiving phone trade-ins at Mazuma, with over 210,000 devices prevented from reaching landfills! So, as we reach the end of the year, we look back at some of the best Samsung phones released in 2022 (some of which we have already seen) for both their budget and high-spec range. Plus, how we can help cut the cost of a new phone with our phone recycling facilities.

Which phones did Samsung release in 2022?

Unlike some phone brands and manufacturers, Samsung releases more than one series of phones each year. This year alone, we saw nine notable releases from this captain of industry. Of course, the most impressive release was with the Samsung Z Flip 4, which became available in August. Another significant phone released by Samsung this year was the Samsung Galaxy S22 range, including the Galaxy S22 Plus and Ultra. 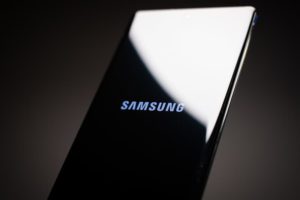 Samsung also released a line of budget phones like the Samsung Galaxy M53 and Samsung Galaxy A23. These budget-friendly phones don’t quite offer the same performance as the S-range of device but are perfect starter phones for children or those looking for a basic smartphone for functionality. Still showing some of the smart and incredible features prominent within their top range of phones, such as an impressive 5000 mAh battery capacity, these phones are much cheaper.

The Best Budget Phones from Samsung

Although these phones won’t offer you all that Samsung phones have to offer in a device, as mentioned, these low-cost budget phones are perfect starter phones or a second phone for those who may already have a high-tech device for business use. 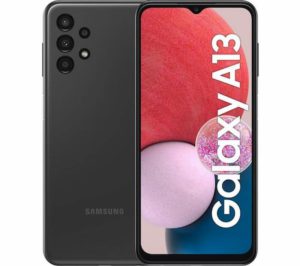 The Galaxy A13 5G offers a modest 6.5-inch screen, which is perfect for smaller hands compared to some other Samsung mobiles. The phone has scratch-resistant toughened glass, so you can rely on it surviving the odd accident, primarily if it’s used as a budget work phone in trades. Unlike the higher-spec smartphones, it can increase the storage with a microSD card, which is perfect if you require a lot of storage. However, if you plan on using it to take pictures, it may not offer the same high-spec standards as other models. This device comes with three unique camera lenses, 50 MP (Main Camera), 2 MP (Macro) and 2 MP (Depth Camera) on the rear and a 5 MP front camera for those essential selfies. This phone is excellent if you are looking for a fast phone on a budget. It even offers incredible battery life and Samsung’s fast charging capabilities. However, if you are an avid streaming on-the-go user, the LCD screen is not as vivid as you would get in a more expensive device. 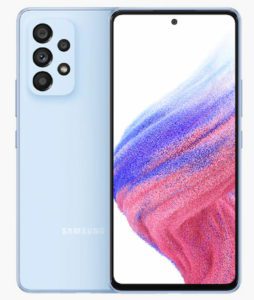 If you are looking for a phone with a bit more power but at a reasonable price, then the Samsung Galaxy M53 5G can offer a sweet and sleek user experience. This device provides a hyper-fast connection meaning seamless streaming and sharing with your friends and family. Offering an elegant scrolling capability on its Super AMOLED Plus display, it provides excellent contrast and less blur on your streaming content.

The Galaxy M53 also reads your phone usage pattern intelligently to provide extra virtual RAM, allowing you to run apps smoothly and enjoy multitasking. It also provides external storage of up to 1TB in a micro-SD card. This phone is perfect for those looking for an essential smartphone with a good camera. With four rear cameras, 108 MP (Main Camera), 8 MP (Ultra-Wide), 2 MP (Depth Camera) and a 2 MP (Macro Camera), you can take the most impressive scenic images to upload and share with friends. This is a great budget phone under £500 and is ideal for those looking for the next step up from a basic smartphone without splashing out.

The best high-end phones from Samsung

Samsung has been known for many years for its excellence in providing technology, and this year’s selection of high-spec devices is no different. It’s not hard to define the best high-spec phones from Samsung. They have been advertised all year round and are the jewels to which other brands strive to compete with. 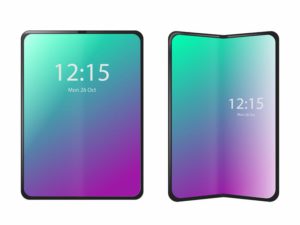 In 2019, Samsung launched a phone like no other, the Z Fold. This device took many of us back to the age of the Motorola Razor in 2003. There was something quite sleek about the snap of closing the phone, which made you feel like you were part of the future. However, with the introduction of smartphones, the modest flip and snap that came with these devices soon felt like a thing of the past.

The Galaxy Z Fold was first introduced in 2019 but didn’t fully take off until this year. Many users felt cautious about a screen that could bend in half, but as Samsung proved that these devices offered nothing but excellence, they have since grown and the Z Fold 4, introduced this year, boomed. Although the Samsung Flips took us back to our early phone years, the Fold offers something more significant, an almost square screen. This allows a larger space to view streams, multitask efficiently, and even provide impressive gaming. The screen is made with Dynamic AMOLED 2X technology and comes with a helpful pen for drawing or writing needs. There are so many cameras on the device that you can even record videos in 8K, and it offers an impressive 256 GB of internal storage. The battery, whilst not as remarkable as other devices in the range, still offers a 4400mAh capacity and easily gives you plenty of hours of usage. Overall, this phone is perfect if you are looking for a phone with the almighty WOW factor. 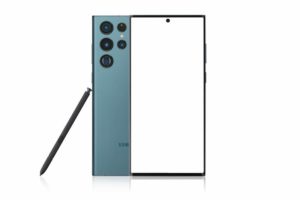 The S-range has always been Samsungs Flagship device. It sets the high standard that every manufacturer hopes to achieve and presents the best that Samsung offers in a smartphone. The Samsung Galaxy S22 Ultra does this and more. It is the first S-range device with an S-pen to be built into the phone. It boasts the fastest chip ever used by Samsung and the brightest 6.8-inch display ever seen with the same Dynamic AMOLED X2 technology, which was further used in the Z Fold 4, which is perfectly paired with the impressive 40 MP front camera.

The Samsung Galaxy S22 Ultra offers some of the fastest charging with a 5000 mAh battery capacity. It claims to hold the power of the discontinued Samsung Galaxy Note range with the stylish and sleek design of the S-range. This phone truly offers all the great functions Samsung always does, but with even better energy and interface.

Get an upgrade today with Mazuma Mobile

Whether you are looking for an update of the shared office phone, a cheap first phone for your child or upgrading to the latest Samsung device that offers all the bells and whistles, you can do so for less thanks to the help of Mazuma Mobile.

You can buy refurbished Samsung phones from our Mazuma Shop all our devices come with a 13 month warranty for peace of mind.

We offer the most competitive rates with our Samsung trade-in services, offering excellent value for your old devices. Put this money toward the cost of your new phone and pay less for your next upgrade. We also take a range of other devices, so if you want to sell an old laptop, trade in an Apple watch or even sell your tablet online, we can help. Get a quote today and be rid of your old devices, saving them from going to landfill whilst pocketing the pennies.