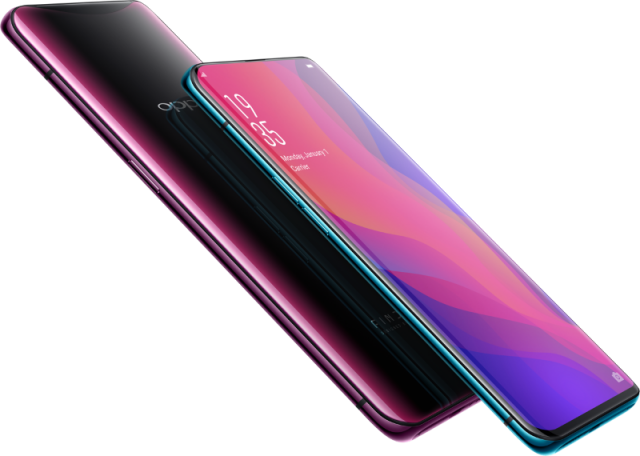 After years of design experimentation from different manufacturers, it would appear that the era of the all-screen smartphone may finally have arrived. Earlier this month, the Vivo Nex broke ground with its bezel-free design; now, Chinese manufacturer Oppo has raised the stakes further with the Find X, its potentially revolutionary new flagship handset.

Unveiled at a high-profile event at the world-famous Louvre museum in Paris, the Find X will be the first phone from Oppo to receive a global release, including Europe and North America. This reflects Oppo’s confidence in its eye-catching new device, which can boast the screen-to-body ratio of any smartphone to date.

With a €999 (around £880) price tag, the Find X won’t come cheap, but the design of the phone is remarkable enough that Oppo will likely see a lot of takers for the sleek new phone when it begins its global rollout this August.

A revolutionary approach to smartphone camera design
The Vivo Nex’s screen-to-body ratio of 91.24 per cent turned a lot of heads when it was unveiled a few weeks ago, but that record has turned out to be short-lived, as the Find X offers an even more striking screen ratio of 93.8 per cent.

As with the Vivo Nex, the Find X achieves this all-screen, notch-free aesthetic by incorporating its camera into a pop-out tab that emerges from the top of the phone when needed. However, unlike Vivo’s device – which only uses the pop-out section for its front-facing camera – the new Oppo phone houses all of its camera functions within this sliding structure.

Moving the cameras from their traditional placement provides the device with a 6.42-inch panoramic 19.5:9 display, without compromising any of its imaging capabilities. Indeed, its front-facing 25MP camera and dual 16MP and 20MP rear lenses feature AI enhancements and sophisticated depth-of-field effects, allowing the Find X to capture sharp images to complement its striking screen.

A top-notch all-round performance
Most of the buzz surrounding the Find X naturally focuses on its display and camera setup, but that’s not to say that Oppo’s device is a one-trick pony. Thanks to its Snapdragon 845 chipset, 8 GB of RAM and 256 GB of ROM, the phone will be capable enough to compete with other leading flagships in terms of performance.

Other key features include its 3D Face Recognition technology, which provides users with a means of unlocking their phones quickly and safely in lieu of a fingerprint scanner. Meanwhile, the phone’s Android-based ColorOS 5.1 operating system has been redesigned to make the most of the large, vibrant display with a user-friendly interface, and it also includes a rapid USB-C charging 3730mAh battery.

All of these features combine to deliver a smartphone experience that’s sure to turn heads, with TechRadar describing the device as a “feature-packed, premium smartphone with all the bells and whistles to ensure it fits in with the best phones from Apple, Samsung and co”. Oppo will therefore be optimistic that the Find X can put the company on the map as a global brand when it launches later this year.