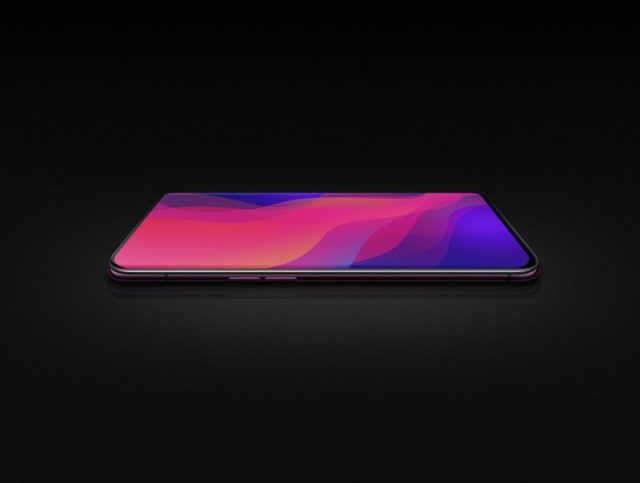 Ever since mobile manufacturers first started refining their smartphone designs with expanded screens and reduced bezels, it’s felt like the first true all-screen smartphone experience was just around the corner, albeit tantalisingly out of reach.

After years of experimentation with curved screens, in-display fingerprint readers and notch designs, it would appear that the all-screen dream has finally been realised by not just one, but two new smartphones – the Oppo Find X and the Vivo Nex, both of which were officially unveiled over the last month.

As one might expect, the two phones bear a lot of similarities – understandably, as Oppo and Vivo are divisions of the same parent company, BBK Electronics. Both devices maximise their display real estate by shifting the front-facing camera to a separate pop-out component that’s stored within the top of the phone when not in use; what’s more, they both feature killer aesthetics and technical capabilities to compete with the very best smartphones on the market.

But which of these two all-screen wonders is the more impressive device? Is there a clear choice to be made, or does each model have its pros and cons? It’s worth considering all the factors carefully if you’re planning to be an early convert to the all-screen revolution later this year.

The screen and the look
As you’d expect, most of the discussion surrounding the Nex and the Find X is focused on their aesthetics, with both phones delivering an almost bezel-free look that also eliminates the need for the kind of camera notch popularised by the iPhone X.

The Vivo Nex, which was announced earlier in the month, caught the eye immediately with its expansive and uninterrupted 6.59-inch full HD 19.3:9 Super AMOLED display. It delivered a then-record 91.24 screen-to-body ratio by moving the camera away from the front face of the phone, while entirely eliminating the bezels on three of the four sides of the screen.

However, that record didn’t last long, as Oppo’s Find X has promised a 93.8 per cent screen-to-body ratio, achieved by reducing the size of the sole remaining bezel at the bottom of the display even more than the Nex. The screen itself is slightly smaller at 6.42 inches, but this allows the Find X to impress with a 401 ppi pixel density, slightly more than the Nex’s 388 ppi.

Camera capabilities
The innovative camera technology used in both phones is the key factor that has made the all-screen design possible in the first place, so naturally this has emerged as the second most common talking point about the handsets.

Vivo’s solution retains a conventional dual-camera setup on the rear of the phone, with a 12 MP primary camera supported by a 5 MP secondary lens. Meanwhile, the front-facing camera 8 MP camera is stored internally, popping out as a small mechanised unit on the top of the phone when needed.

Oppo’s Find X takes this concept to the next level by housing all three of its cameras in a pop-out section the same width as the phone itself, meaning all the lenses are hidden until the camera app is activated. Moreover, the Find X lenses themselves are more sophisticated than the Nex’s, with a front-facing 25 MP selfie camera and a 16 MP/20 MP dual-lens setup on the back, augmented by AI assistance tools.

Horsepower and technical specifications
When it comes to the tech specs, there’s little to separate the Nex and the Find X. Both are powered by state-of-the-art Qualcomm Snapdragon 845 processors, with 8 GB of RAM and a customised operating system powered by Android 8.1 Oreo.

However, there are a few differentiating factors. On the one hand, the Find X has more generous storage options, with 256 GB and 512 GB variants planned, whereas the Nex opts for 128 GB and 256 GB models. Conversely, the Nex is the only one of the two phones to feature a traditional headphone jack, which could be a dealbreaker for some.

It’s also worth considering that both phones use slightly different authentication methods, with the Nex utilising an in-display fingerprint scanner, while the Find X relies on face recognition technology to unlock the device.

Battery life and charging
Neither the Nex nor the Find X offers wireless charging features, but both have their own advantages when it comes to battery performance.

Indeed, the Nex’s 4,000 mAh battery is one of its key selling points, as this is one of the highest capacities of any leading smartphone. The Find X opts for a smaller 3,730 mAh option, but makes up for this with fast-charging technology that allows the phone to go from a depleted battery to 100 per cent capacity in as little as 35 minutes.

Pricing and availability
This head-to-head comparison suggests that the Vivo Nex is being positioned as a slightly more affordable all-screen phone, while the Find X is the more premium device. The overseas pricing reflects this: in China, the top-end Nex model is selling for 4,998 yuan (£580), while the Find X comes with a heftier €999 (£875) price tag.

However, for UK buyers, the bad news is that Vivo hasn’t given any indication yet that the Nex will see an international release, meaning th Find X – which is due for a Western release in August – may end up as the default go-to option for all-screen early adopters.