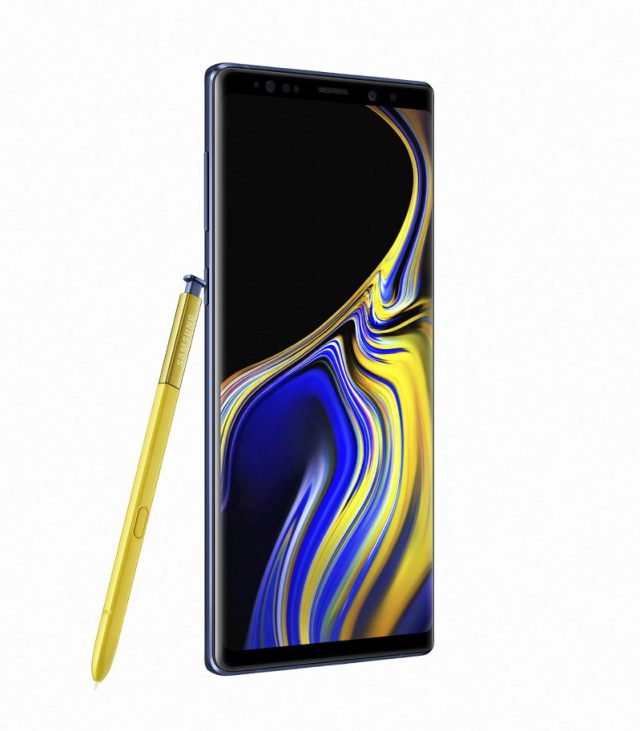 The Galaxy Note 9, the latest high-end, large-screen smartphone from Samsung, will arrive in the UK this week, with buyers able to get their hands on the gadget from August 24th.

But many critics have already been testing out the handset for a couple of weeks following its official launch earlier this month, and some of their conclusions are now starting to come in.

So what do the reviewers make of the device? We’ve rounded up a few of their thoughts and, overall, it’s a very positive picture for the Galaxy Note 9. Here is some of what they had to say:

A big, beautiful phone that does everything

One of the first things you’re sure to notice about the Samsung Galaxy Note 9 is that it’s big – very big. With a 6.4-inch screen, it’s one of the largest devices on the market today, and it comes with a price tag to match. In the UK, you can expect to shell out £899 for the cheapest version, which comes with 128GB of storage space. If you want the larger 512GB version, you can add another £200 to that.

But is it worth this outlay? On the whole, most reviewers say yes, with many commentators pointing out that the Galaxy Note 9 is one of the most feature-filled phones you can buy. The Guardian, for example, described it as a “do-anything phone” and added that, while the S9+ may be the flagship phone for “normal” users, the Note 9 is “the powerhouse for those that need the answer to the question ‘can I do that on my phone?’ always to be yes”.

Meanwhile, CNet was one of a number of publications to praise the handset as “big and beautiful”, adding that the “top-notch” specs help make it one of the “absolute best” devices you can buy if you need a gadget to do everything.

That 6.4-inch screen may well be the standout feature for many. The Verge called it “easily the best screen available on a smartphone right now”, praising its colourful panel, deep blacks and wide viewing angle.

TechRadar, meanwhile, noted that even though the screen has grown from the 6.3-inch display of the Note 8, some clever design work to shrink the bezels to next-to-nothing means the phone itself is only a tiny fraction larger than its older brother. The site also highlighted an analysis by DisplayMate that found the screen to be 27 per cent brighter and offer 32 per cent more contrast ratio than the Note 8.

The S Pen – a smarter way to take selfies

One of the more unique features of the Galaxy Note 9 is the included S Pen – a smart stylus that fits neatly into a slot in the screen when not in use. But this does far more than just offer an intuitive way to tap icons and write test. It’s also a Bluetooth remote that lets you take photos, start and stop video, run presentations and more.

For some, this is little more than a gimmick – the Guardian, for instance, felt it was not especially useful. But others said it could transform how people interact with their phones, particularly if promised third-party add-ons come to fruition and extend its functionality.

Engadget, for example, said it is “incredibly handy, and honestly it’s such a joy to be able to set the phone down somewhere … and still be able to trigger the shutter”, while CNet was also impressed by what it brings to photography.

The battery has also been a positive feature for many critics. Samsung’s Note series hasn’t always had the best record with batteries – the exploding ones that led to the recall of the Note 7 saw the company’s reputation take a big hit. But many agree that the huge, 4,000mAh power pack fitted to the Note 9 is one of the best things about the phone.

At a time when many phones still struggle to squeeze more than a day’s life between charges, most found the Note 9 could be expected to give around two days of normal use. The Verge said the battery life along is “the best justification for the Note 9’s size and price”, while CNet handed the device a perfect ten out of ten for this feature.

No premium phone today is complete without effective photo capabilities, and the Note 9 packs the widely-praised same setup as that of the S9+, with two rear-facing 12-megapixel cameras – one wide angle with dual aperture and the other with a 2x telephoto camera.

What’s new (in addition to the S Pen activation) is an AI system to help recognise objects in your shots and optimise the settings accordingly. However, several reviews noted this isn’t a particularly compelling addition and, while it works, it only makes a minor difference to what is already a very capable camera system.

The verdict – well worth the money

Overall, reviewers rewarded the Galaxy Note 9 with a range of four and five-star ratings, with the general consensus that, for power users, the handset will do everything you could ask of it, and do it well. CNet called it one of the year’s best phones, while TechRadar described it as “the best phone money can buy”. So if you need an all-singing, all-dancing device, and can afford that hefty price tag, you’re unlikely to be disappointed.