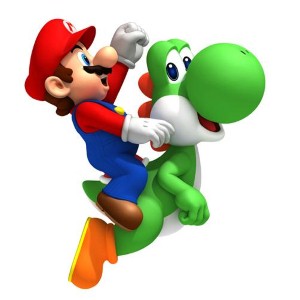 Nintendo has announced that it intends to release five smartphone games by 2017, as it embraces these handheld devices.

Speaking at a briefing following the company’s announcement of its financial results – reporting its first annual profit in four years – its president Satoru Iwata explained that the first of these games will come out this year.

He said that while this may seem like a small number, Nintendo is more focused on delivering quality as opposed to quantity. The smartphone games market is already a busy one, so it pays to be focused.

Mr Iwata said that “we aim to make each title a hit”, adding that because we want to thoroughly operate every one of them for a significant amount of time after their releases, this is not a small number at all and should demonstrate our serious commitment to the smart device business”.

Needless to say, everyone in the gaming and smartphone industry is excited by the news and it’ll be interesting to see how a company like Nintendo develops smartphone-specific games.

After all, it is no stranger to handheld gaming, leading the way first with its iconic Gameboy and, more lately, the DS family.

It is worth reiterating the fact that Nintendo is not going to “port” existing titles to smartphones. Mr Iwata noted that it’s actually counterproductive to do so – quality suffers and there are incompatibility issues.

The company first announced the news that it was entering the smartphone market, in collaboration with DeNA, a company that specialises in developing mobile and online games and ecommerce platforms.

“The alliance is intended to complement Nintendo’s dedicated video game systems business and extend Nintendo’s reach into the vast market of smart device users worldwide,” it said in an official press release at the time.

“Under the alliance, DeNA will also be able to strengthen its gaming business at a global scale by leveraging Nintendo’s intellectual property.”