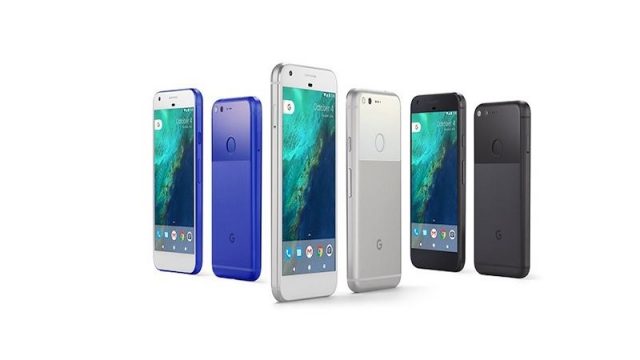 Google has been attempting to break into the smartphone market with its Pixel range of devices. However, the internet giant has recently hit a stumbling block, as reports are coming in from reviewers that the handsets they received are suffering from some screen issues; most notably, ‘burn-in’.

This issue is a common one with screens that show the same images for long periods of time. Essentially, those images become permanently marked on the display, usually showing up as faint shadows whenever the device is being used. It is for this reason that computers have screensavers, so they do not end up showing the same static image for too long.

Unfortunately, many devices end up suffering from this if used for a long period of time, especially those with OLED screens like Google’s new handsets. However, reviewers are noting that the new Pixel 2 XL smartphone is showing signs of burn-in after just a week of use, which doesn’t bode well for Google’s prospects if true.

This was first reported by Alex Dobie from Android Central, who tweeted an image of the burn-in along with the caption: “That’s some pretty wild OLED burn-in on the Pixel 2 XL after maybe 7 days of full-time use.” Since then, multiple parties have also come forward with the same problem.

The issue seems to be the navigation bar at the bottom of the Pixel 2 XL’s display, which is something that can be seen on-screen for a large portion of the time the device is being used. This seems to have resulted in the burn-in problem, with users being able to see a faint image of the bar when it should not be there.

It is possible that this is not a permanent burn-in, however. One possibility is that it is a case of image retention – sometimes called ‘ghosting’ – which causes images to remain faintly on-screen when they shouldn’t. This is a temporary problem that goes away with time. However, either option would be extremely unusual on a high-end phone just days after it has been removed from the box.

The Verge asked Google for comment, and received a reply from a spokesperson saying: “The Pixel 2 XL screen has been designed with an advanced POLED technology, including QHD+ resolution, wide color gamut, and high contrast ratio for natural and beautiful colors and renderings.

“We put all of our products through extensive quality testing before launch and in the manufacturing of every unit. We are actively investigating this report.”

This isn’t the only display issue that has been reported regarding the Pixel 2 XL. Reviewers have also noted that the images on-screen can seem muddy or grainy when viewed from some angles.

It is interesting to note that the smaller Pixel 2 doesn’t seem to have the same issues as the XL model. This is possibly because the base device’s screen is made by HTC, while LG created the XL. This could explain the apparent discrepancy in screen quality.

While Google makes the popular Android operating system, the handset industry is dominated by Apple and Samsung. The Pixel 2 is an attempt to change that, but the negative impressions of the XL’s display could harm the company’s chances of breaking into the sector.