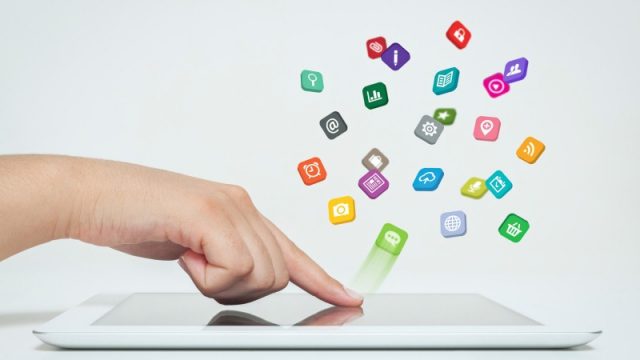 Since the inception of the very first iPhone back in 2007, the devices have always shipped with proprietary apps from Apple – none of which can be deleted.

Users are free to install all the new games and apps their smartphone's memory can handle – and remove them to free up room whenever they are done with them.

However, the likes of Stocks, iBooks, Maps, Watch, Health, Tips and others have always had to stay where they are, which is frustrating for some – what teenager has any use for the Stocks app, for instance.

As Apple has extended the functionality of its flagship product, this has become more and more of an issue, as there are now 32 apps that users are unable to get rid of.

This is all set to change with the rollout of the latest mobile operating system update to iOS 9.3.

Although some default apps are essential and no one would think of getting rid of them – Settings, Phone and App Store, for example, there has been increasing demand for Apple to bring itself in line with its major competitors like Android and introduce some small degree of customisation.

Reddit user bfodder revealed that those who have signed up to the beta version of iOS 9.3 are able to go to Settings – General – Software Update to download the iOS 9.3 beta, before downloading Apple Configurator 2.2 beta. This requires an Apple developer membership costing £79.

Once this has been done, users are able to set up a configuration in the shape of an option that reads 'Do not allow some apps'. Commands can be entered such as 'com.apple.stocks' to remove Stocks.

For now, this approach clearly requires a degree of technical confidence and a full reset of the phone, but it is an indicator that Apple may be willing to extend this option in the future.

Those who do not wish to take such action and would prefer to wait for Apple to bring a more straightforward version of this functionality to the casual user still have options available to them if they want to tidy up their home screen.

Simply move the apps you want to delete into one folder. Open this folder and press and hold the apps so they start jiggling – just as you would if you intended to move or delete any other app.

After this, the app in question can be dragged to the edge of the folder, where it will be moved to the next page within that folder. Drop the app in place on the next screen, press the home button and the app will be hidden from sight.