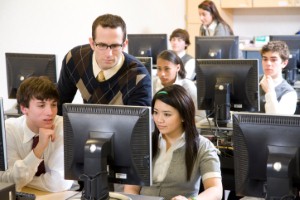 It’s an issue that has long been an issue for school teachers – how best to manage to the number of mobile phones used by pupils.

Everyone appreciates that most youngsters are given such a device early on in life and that they have benefits but they can also be a nuisance.

An answer may have materialised though, as a new study from the Centre for Economic Performance at the London School of Economics suggests that banning them from schools can have a positive impact.

Researchers observed that preventing students from having access to their devices during school hours can add up to an extra week’s worth of education over an academic year.

The paper’s authors, Louis-Philippe Beland and Richard Murphy, noted that in particular, with low-achieving students, restricting mobile phone use “can be a low-cost policy to reduce educational inequalities”.

"We found that not only did student achievement improve, but also that low-achieving and low income students gained the most," they outlined.

"We found the impact of banning phones for these students was equivalent to an additional hour a week in school, or to increasing the school year by five days."

It will be intriguing to see how schools, colleges and universities respond to this study because close to 90 per cent of teenagers in the country own a mobile. It is very much part of who they are.

Moreover, some creative teachers are aware of the educational benefits and advantages that come with their pupils having smartphones and tablets.

They can, for example, use the technology to deliver creative lessons, as well as boost the learning experience through apps and other mobile-friendly software.

What is certain is that this is a debate that is set to go on for some time, with some teachers in favour of an outright ban and other professionals eager to use them in a novel way.