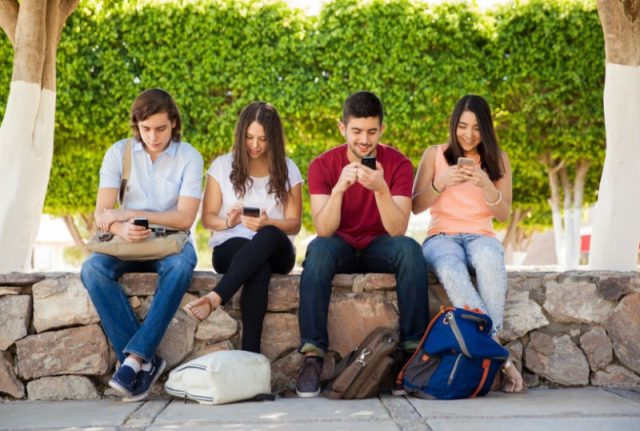 Young people are more than aware of the problems that can come with using media, such as cyber bullying and being judged on their looks.

At the same time, they’ve seen many of their favourite stars react badly to online trolls, with people such as Ed Sheeran responding to abuse by taking temporary breaks from social media.

And according to a new survey, this is directly impacting what kind of phone many young people are choosing to buy.

Research commissioned by the Headmasters’ and Headmistresses’ Conference (HMC) and Digital Awareness UK found that nearly three-quarters of school pupils have undergone digital detoxes to escape social media – and would be happy to do it again in the future.

Charlotte Robertson, co-founder of Digital Awareness UK, observed: “We are now seeing, especially in Year 11 and sixth form, that they are using these ‘brick phones’ and it is being positioned as quite a trendy thing to do.

“Nokia has just brought out their [new] 3310. That is being snapped up by a lot of young people.”

Ms Robertson noted that many students are “rebelling” against social media altogether, with them and their friends no longer using it.

“So they think they may as well have a brick phone,” she said.

Ms Robertson also pointed out that many students who are a bit younger will have their brick phone for weekends, for example, and a smartphone for other times.

She went on to note that the impact of celebrities taking breaks from social media has certainly had an impact on young people’s attitudes.

“It’s suddenly just a cool thing to do,” she said.

HMC chair Chris King believes the findings of the poll may be surprising to teachers and parents, but stressed it will help them understand the pressures young people feel in the digital age.

He said it’s “fascinating to see the first indications of a rebellion against social media”, adding that it’s a reminder they may need to take occasional breaks “from its constant demands”.