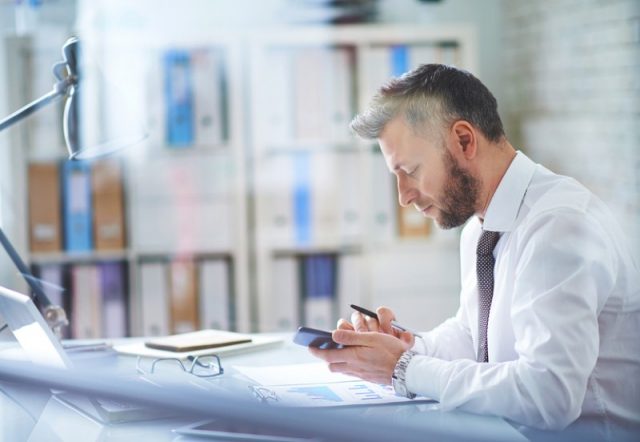 This is the prediction of eMarketer, which believes adults in the UK will spend one hour and 59 minutes on their smartphone every day.

While this is only one minute higher than the average for desktop computers and laptops in 2017, it is the first time that smartphones have overtaken these alternatives and come out on top.

As a result, eMarketer is confident the gap will only continue to grow in the next few years, with smartphones consolidating their position as people’s favourite device for using the internet.

Estimates indicate that by 2019, the average person will spend two hours and 14 minutes on a smartphone, compared with one hour and 54 minutes on desktop computers and laptops.

Bill Fisher, senior analyst at eMarketer, commented: “Mobile use is increasingly coming to mean smartphone use in the UK, so it’s no surprise to see the time spent forecast tilting ever more in that direction.

Figures from eMarketer suggest that in 2017, British adults will spend an average of 31 minutes a day watching a digital video on a mobile device, such as a smartphone or tablet.

The organisation added that an adult will typically spend an hour a day on social media this year, with more than half of this time spent on a smartphone.