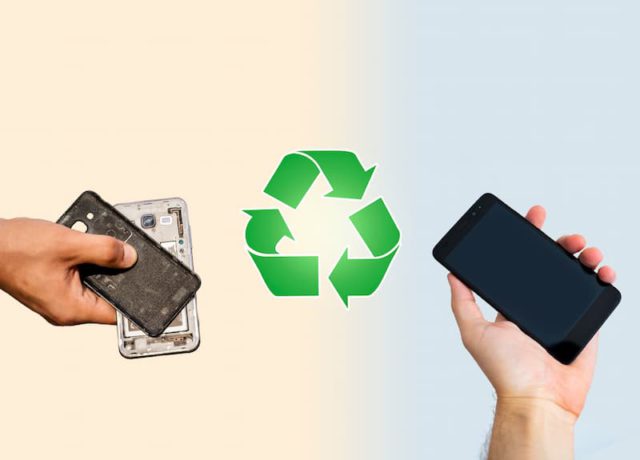 Almost everyone you know will have a smartphone. They have become the newest limb to modern life. Packed with features, skills and technology, they provide an essential lifeline to some or a gateway to the world for others. However, what has become part of the backbone of most societies, has become a nightmare for many sectors, including the waste management industry.

As a responsible phone recycling facility, we understand the issues smartphones can create for the environment, which is why we are committed to giving every smartphone a new life. We explore some of the most staggering facts and figures about smartphones and explore why recycling them is the most important thing you can do when it comes to the end of its life.

The smartphone journey for users begins from the moment you pick it up from the store, so we thought this was the best place to start. The ownership of mobile phones worldwide is staggering, and it is essential in the understanding of why phones should be recycled once they are finished.

There are so many smartphones that they are growing much faster than the world population. According to GSMA real-time intelligence data, over 11.048 billion cellular connections are in use, and in 2021, 1.4 billion smartphones were sold worldwide.* Now, although you would assume these would replace original devices, they could also be business phones, first phones and much more. However, it’s fair to think that a significant chunk of these smartphones bought was to replace existing ones for users. So with that in mind, it’s not difficult to see why they are becoming an issue within the electronic waste sector.

150+ million smartphones reach landfills every year**. That’s a lot of mobile phones going to landfills, creating a devastating effect on the environment, especially when, worldwide, people are trying to fix the world’s ecosystem.

When a phone reaches the end

When in use, a mobile phone presents no danger to the user or the environment around it. However, when it goes to landfills, they begin to break down and the components that allow you to scroll for hours and take hundreds of images start to impact the surrounding environment. Smartphones contain many harmful toxins such as lead and corrosive acids, and although these are tightly sealed away for users, when discarded, they can leak into the ground and air, becoming toxic to anything in the vicinity. Eventually, these toxins will reach the food chain and can cause devastating effects on health and life.

Shockingly 4.7 million people in the UK admitted to throwing an old phone into the bin to save on the hassle of recycling or selling the device. Which just puzzles us! Especially when our phone trade-in services are so quick and easy. Last year alone, we were able to recycle 210,000 phones, saving them from harming the environment and offering them new life.

There’s nothing more exciting than upgrading your mobile. Many of us will count the days until we get that all-important email or notification- you’re eligible for an upgrade. It gets so exciting that we barely consider the ramifications of our old device. UK consumer group Consumer Focus estimates there are 85 million unused mobiles in the UK, and 11% of their survey’s respondents admitted hoarding five handsets at once. Although these have no impact on the environment, they are still going to waste. 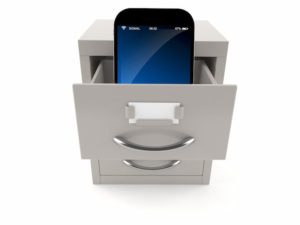 There are many reasons people keep old devices. Often they believe they may be worth something in years to come; alternatively, they keep it as a spare in case their new one lets them down. One more frightening fact is that many simply do not understand or know about the many phone recycling companies worldwide.

How recycling your phone can help

Selling your mobile phone to recycling facilities will end up being part of one of two categories. Reconditioned and resold or scraped for parts. Both benefit the environment and can earn you a pretty penny or two. When we receive your phone, it goes through our extensive testing process to assess the device’s condition. This allows us to not only give you a competitive price for your device but also to know whether it is worth saving or whether we can use it to save other phones. Even manufacturers of phones are offering trade-in deals to allow them to reuse the parts in creating new devices. So, if you are looking to sell a broken phone, it can be of significant value.

As mentioned, recycling devices is important in reducing the global contribution to e-waste issues worldwide. Each year, 40 million tons of electrical waste is created, compromising 70% of our overall toxic waste.*** Many leading phone manufacturers are developing devices using sustainable and recycled materials to help combat this issue. Still, they can only do so when users send their phones to recycling. Phones consist of many recyclable elements, such as plastic and metals, which, when deconstructed, can be melted down and used to create new products—especially high-end devices such as iPhones and Samsungs. 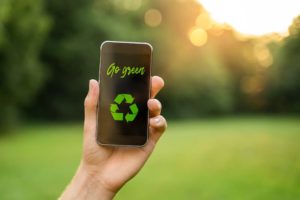 According to the head of research at Counterpoint, a flagship device from three or four years ago offers better quality than a budget phone within the £200-£300 range. In addition, used smartphones now account for around 10% of all smartphone sales through the ability to refurbish them. So, if it’s time to upgrade, you could consider our incredible range of refurbished phones to get an upgrade for less.

Save the planet with Mazuma

We are a leading online recycling facility and can buy old phones very competitively. Don’t leave your old phone lying around. Get a quote online, or check out our support pages for all the information you need about our services! Use the likes of our sell my iPhone services and get some money for your pocket, clear out the junk draw and protect the environment from any more harmful e-waste today.