Menu
Home / Blog / General / How often do you use your smartphone?
Blog | Mobile Phone News 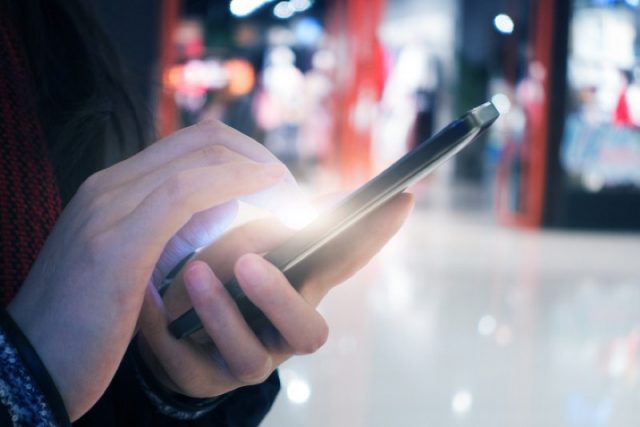 It’s a simple question, but if you were asked how often you picked up your smartphone, what would you say?

After all, it’s often an automatic reflex these days. As soon as the conversation falls silent or the ad break starts in the middle of your favourite TV programme, you pick up your handset and see what’s happening on Twitter.

Chances are we underestimate just how hooked on our smartphones we really are.

The Internet Advertising Bureau (IAB) has therefore sought to get some detailed answers with a new worldwide study.

According to the findings, 63 per cent of smartphone users across the globe use their handset at least once every half an hour.

Many are even more addicted to their smartphones, with 22 per cent using them every five minutes.

It’s fascinating to see some numbers on a trend that we see all around us every single day – in work, at home, on the bus, in the pub – pretty much everywhere, in fact!

So what do the findings tell us?

Well, according to Anna Bager of IAB, they “confirm the fact that omnipresent mobile usage is a worldwide phenomenon”.

We probably knew that already, but intriguingly, the IAB says this trend could prompt a reaction from some surprising places.

For instance, the organisation believes our smartphone addiction “creates a tremendous opportunity for marketers”, as digital advertising is “making an impact and motivating consumers to action, whether they access the internet via the mobile web or mobile apps”.

In fact, 86 per cent of mobile web users recalled ads they had seen, along with 90 per cent of those who used apps.

Furthermore, 45 per cent of the former were motivated to take action after seeing an ad on the mobile web, while 47 per cent of mobile app users did the same.

No wonder brands are getting excited.

We might not realise it every time we casually glance at our smartphones, but it’s clear that what we see does have an effect and subtly influence our wider behaviour.

Figures from the IAB show that 88 per cent of smartphone users access the mobile web at least once a day and 84 per cent use mobile apps just as often.

In short, we love our smartphones and can’t stay away from them, which makes us a captive audience for brands that are trying to hit us with marketing.

Chris Kuist, senior vice president of research and impact at the IAB, commented: “While we have heard that digital technology has broken down borders, it is interesting to see real research that confirms that smartphone users around the world are in sync when it comes to mobile.

“The similarities we see in this study persist when it comes to the ways that consumers leverage the mobile web or apps – and marketers should take notice.”